In February 1994, after 18 months of research, Unibroue launched La Fin du Monde (the end of the world). It is a 9 percent alcohol, triple fermentation beer. This type of beer was originally developed by the monks of the Middle Ages to be served on special occasions. La Fin du Monde is a deluxe beer made by triple fermentation and a unique way of straining the yeast. This method produces an unexpectedly subtle flavor. With its champagne-like effervescence, it has a vigourous presence in the mouth, which accentuates its strong personality. Slightly tart, with the balanced flavors of wild spices, malt and hops, it belongs to the class of great Trappist beers and, in this regard, is a North American first. At meals, it can replace white or red wines and enhances the flavor of most dishes.

This beer is brewed to honor of the great explorers, who believed they had reached the end of the world when they discovered America. 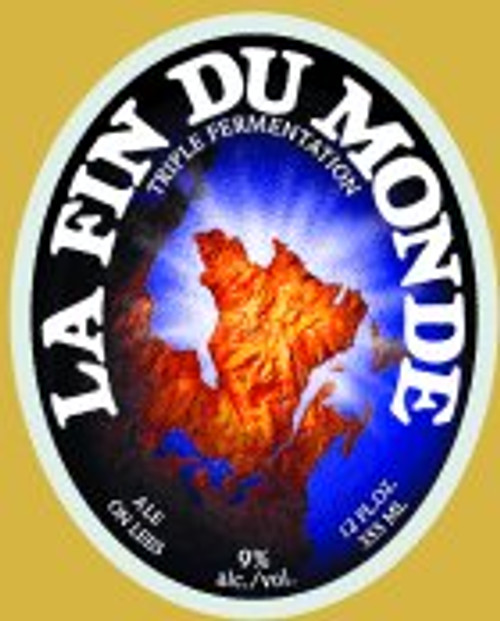